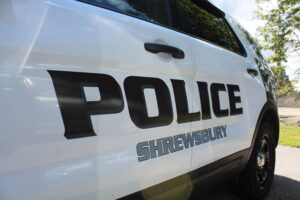 UPDATE: This article has been updated with information from court documents.

SHREWSBURY – A pair of women were arrested last week after they allegedly broke into a Shrewsbury home and assaulted a woman with a knife.

That victim was taken to UMass Memorial Health for treatment, according to police. Her injuries, however, were not believed to be life threatening.

The two women — Chrislove Bonney, 31, of Southbridge, and Tanisha Hutchful, 19, of Worcester — were later taken into custody.

According to a press release from Shrewsbury police, the woman called 911 at about 12:13 p.m. to report two women forced entry into a residence on Julio Drive.

Shrewsbury police wrote in a subsequent statement of facts filed in Westborough District Court that the victim told them Bonney and Hutchful entered a closed, locked front door.

When officers arrived, they found that the screen door was ripped on the outside and unlocked, the statement of facts said.

Court documents detailed specific injuries to the victim, including a cut across her forehead “as if she had been slashed by some type of sharp object” along with large scratches reportedly from fingernails and multiple chunks of hair ripped off her head.

Police reportedly found pictures in the home knocked off the wall, with glass shattered on the floor.

Hutchful allegedly videotaped Bonney assaulting the victim, according to the statement of facts.

“The victim claimed that this incident was over money that she owed them for failing to pay back money they loaned her for a Lyft,” court documents read.

The victim, police said, had a video on her phone that she said came from Bonney. The video, she reportedly said, showed Bonney and Hutchful at the victim’s house before they drove to the Julio Drive location.

Officers said in their press release that the woman was able to provide a description of the suspects and the vehicle they fled in.

Officer Alicia Brownell later saw the alleged suspect vehicle driving the opposite direction on Rt. 9. She notified officers, and Lt. Nick Perna spotted the vehicle and stopped it on westbound Rt. 9 as it approached the Kenneth F. Burns Memorial Bridge.

In the press release, Shrewsbury police said they believe the victim, Bonney and Hutchful were familiar with each other and this wasn’t a random act of violence.

“Therefore there is no threat to public safety,” officers wrote.

Bonney and Hutchful were initially due to be arraigned last Thursday.

Contacted that afternoon, however, court officials told the Community Advocate that the arraignment had been delayed.

Bonney and Hutchful are now scheduled for arraignment on Sept. 20.