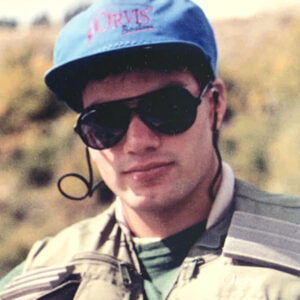 Shrewsbury – Gary Michael Samela of Shrewsbury, Massachusetts, passed away on October 3, 2022. He was born in New Rochelle, New York, on December 8, 1969. He was the son of Leonard Samela and the late Ann Marie Corio.

Gary grew up and attended school in Worcester graduating from Burncoat Senior High School. He continued his education at Clark University and graduated with a B.A. in legal studies in 1998.

Gary was a veteran who served in the Army Reserve. During that time, he graduated from the U.S. Army JAG School as a distinguished honor graduate and served as a Legal Specialist/Retention NCO. He was awarded two Army Commendation Medals for his outstanding performance.

Gary’s work career began as a Retirement Specialist with Allmerica Financial. He then became a New Account Manager at Cantella & Company and moved to Legg Mason as an Investment Advisor. Gary later worked as a Patient Service Representative at UMass Memorial Emergency Trauma Center. In 2007, he started Samela & Company which provided services to retail chain stores. At the time of his passing, Gary was employed as a consultant at Securitas Security Services.

Gary enjoyed several fishing trips with friends to the Northwest and New England. He loved talking about his favorite sports teams, of course, the Boston Celtics, New England Patriots, and Boston Red Sox. He was a true and loyal fan. He also enjoyed the company of Jake, his dog and buddy.

Gary was a quiet observer of people and events. He had a quick wit and a great laugh. He was a season ticket holder at the Hanover Theater in Worcester. Gary was very interested in the development of downtown Worcester and would always be available to give you a driving tour of recent building and renovation.

Those who knew Gary will remember him as a kind and thoughtful person. Later in his life those qualities were evident as he helped in the caring of his grandmother, Josephine Corio, and most recently of his mother, Ann Marie Corio.

Graveside service was private. Donations in Gary’s name can be made to an organization which you support.