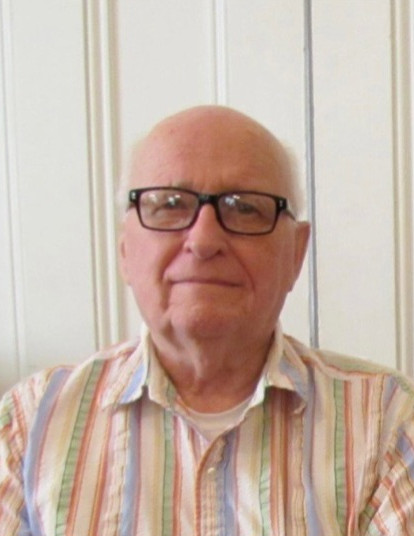 Westborough – Kenneth E. Young, 89, of Westborough and formerly of Upton, passed away peacefully on Monday, December 26, 2022, at the Notre Dame Rehabilitation Center, Worcester. He is the beloved husband to the late Irene Marie Madden-Young, who passed away in October of this year.

Born in Worcester, he was a son of the late Harold and Evelyn (Thompson) Young. He was raised and educated in Westborough and was a graduate of Westborough High School Class of 1951. After high school Kenneth went on to graduate from Worcester City Hospital School of Nursing in 1961. He then received his Bachelor of Science at Clark University in Worcester.

Ken was employed as the director of Nursing at Marlborough Hospital and retired from The Willows of Westborough after many years as an administrator.

He proudly served for 36 years in the Army Reserve and retired as a full Colonel.

Ken and his wife Marie spent a lot of time at their cabin in Nova Scotia Cape Breton. They also enjoyed going out to dinner and trying new restaurants.

He is survived by his two children, Deborah A. Young of Sturbridge and Scott A. Young of Upton; three grandchildren, Stacy Young, Christopher Hanson, and Timothy Young and his wife Jackie and their son Aiden; his brother, Donald Young and his wife Jean of Sturbridge, along with several nieces and nephews; and his grand-cats Clifford & Diesel, grand-dogs Juno, Jake, Axel, Rizzo, Scout, Paris, Nikki, Nanook, Cujo, Cousin Tanq

His family hopes that he is now enjoying the biggest bowls of maple walnut ice cream whenever he wants it.

His funeral service will be held on Wednesday, January 4, at 9 AM, in the Unitarian Universalist Congregational Society of Westborough, 64 W. Main St. Westborough.  Burial with military honors will follow in Maplewood Cemetery, Upton.

Calling hours will be held Tuesday, January 3, from 4 to 6 PM in the Pickering & Son Westborough Funeral Home, 62 W. Main St. Westborough.  Members of Siloam Lodge will conduct a service at 5:45 PM.

In lieu of flowers, donations in his memory may be made to Sweetpea F.O.R Animals, Inc. 1090 Pleasant Street Paxton, Ma 01612 Sweetpeafora.org