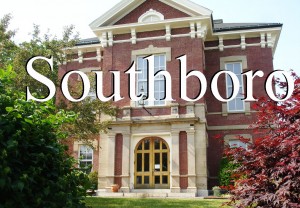 Southborough – Southborough officials have announced that the town will be receiving nearly $50,000 from the Federal Emergency Management System (FEMA) to help pay for the costs associated with two of last year's major storms.

$2,762.74 is reimbursement for Southborough's part in assisting the city of Springfield after a series of tornadoes devastated much of that area on June 1. The Southborough Fire Department's involvement in those efforts was part of the state-wide Fire Mobilization Plan –Task Force.

Southborough will receive $44,246.50 to reimburse various town departments for overtime, equipment usage and purchases made during Tropical Storm Irene, which hit the area hard in late August. According to Aspesi, the town will receive an additional compensation of $2,709.00, “to recognize the 301 hours worked by citizen volunteers augmenting emergency services.”

“Receiving these funds will have a huge impact on our already tight budget, mostly due to the unexpected and unbudgeted monies spent during the storms,” Southborough Fire Chief Joseph Mauro noted.

Aspesi said that the reimbursements are being issued by the Federal Emergency Management Agency (FEMA), under the Federal Disaster Assistance (FDA) program issued for each storm. Under the FDA program reimbursement is issued at 75 percent of the total amount requested.