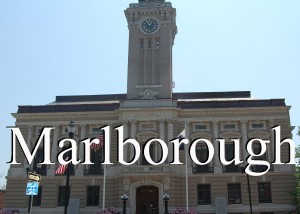 The bright orange T-shirts, bearing the stark black legend, “Got Respect?” stood out in clusters among the attendees. The shirts referred to the ongoing controversy regarding the former Assistant Principal of Marlborough High School, Adam Bakr, who was summarily and without public explanation, placed on paid leave last December while he is being processed for termination. Bakr has filed suit against the city of Marlborough, with his attorney, Colin Confoey, having stated that the dismissal was improper.

School Superintendent Dr. Anthony Pope and Mayor Arthur Vigeant were present at the school committee meeting and several voters in attendance said that they had expected a statement regarding Bakr's dismissal.

Afterward, one attendee, wearing one of the bright orange T-shirts, remarked that the meeting “was a whole lot of nothing,” referring to her expectation that the Bakr matter would be addressed. Another Bakr supporter, who also wished to remain anonymous, said that she too, had expected a statement regarding the Bakr matter, and that the town's continued public silence on the issue was very disappointing.

During the meeting, the committee spent some time discussing budget matters, including the state's Chapter 70 Program, which establishes minimum spending requirements for each school district and minimum requirements for each municipality's share of school costs. State Sen. James Eldridge, D-Acton, addressed the meeting and answered questions from the committee. The sense of the committee was that Marlborough does not have the money to provide all of the services required or needed under current state budgeting. Eldridge indicated that he agreed and that although he “advocates higher revenues at the state level,” he does not believe that this is likely to be forthcoming under current conditions. The committee members also voiced concern regarding mid-year tuition hikes for special education students which in the past year have run from two to nine percent. Eldridge acknowledged that this is a problem and that he will continue to address it at the state level. The committee also spoke regarding relief from unfunded mandates, the impact on Chapter 70 funding by such mandates, and the need for additional money to serve non-English speaking and special needs students. Eldridge replied that with budgets tight, the state is currently underfunding special education needs by one billion dollars per year and he expects no near-term relief.

Remaining items on the published agenda were quickly dispatched with no comment from the committee or input from the public.