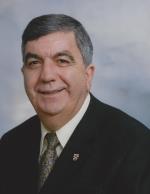 Hudson – Jose M. Figueiredo, 68, of Hudson, died Saturday, Nov. 9, 2013 at his residence, surrounded by his loving family. He is survived by his wife of 46 years, Juvenalia (Cabral) Figueiredo of Hudson.

Jose was born and raised in Santa Maria, the Azores of Portugal, son of the late Jose S. and Maria (Moreira) Figueiredo. He emigrated from Santa Maria in 1960 and was married in Montreal, Canada to his sweetheart Juvenalia. They resided in Oakland, California before settling in Hudson in 1970.

Jose spent most of his life as an educator, a profession he truly enjoyed and was proud to earn his PhD in Education. He spent 13 years as the principal of the Charles G. Harrington School in Cambridge until his retirement in 2002. Even though he was retired, he continued his passion of education as a Spanish professor in the Romantic Language Department at Boston University and also taught Portuguese and Spanish courses at local universities and schools.

Jose was also well known for his insightful columns published in the MetroWest News and Hudson Sun. He was an honorary member of the Hudson Portuguese Club and member of Saint Michael's Parish in Hudson.

Besides his wife, he is survived by his son, Edward D. Figueiredo and his significant other Ana Santos of Woburn; his daughter, Christine McDade and her husband Michael of Watertown; his sister, Maria Sousa of Hudson; and his two brothers, Antonio M. Figueiredo of Hayward, California and Manuel M. Figueiredo of Cambridge, Ontario, Canada. He is also survived by his loving grandson, Ryan Philip McDade; several nieces and nephews; and was looking forward to welcoming another grandchild due in December.

Donations in memory of Jose may be made to the American Cancer Society, 30 Speen St., Framingham, MA 01701.