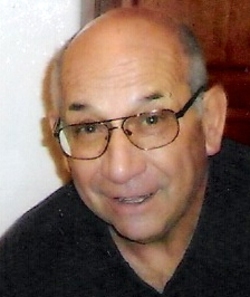 Charlie is survived by his devoted children, sons Charles F. “Chuck” Bohigian of Worcester and John C. Bohigian and his wife Paula of Templeton, and his daughter, Gina Massad and her husband Philip of Charlton. Charlie was the doting grandfather to Philip, Justin, Sarah, James, Cassandra, Patrick and John Jr., and great-grandson Trenton Rome. Charles also leaves his sister, Dorothy Motian of Hardwick, and many nephews and nieces. He was predeceased by a son, Charles Jr., and a daughter, Roma “Beth” Fitzgibbons.

He was born in Worcester, son of the late George and Emma (Cialone) Bohigian, and lived in Shrewsbury most of his life before moving to Florida in 2005. He recently moved back to Charlton to live with Gina. He was a graduate of North High School and served his country in the United States Army during the Korean Conflict.

After the service, he worked as a chef at the Broadway Restaurant in Worcester. He and “Sis” owned and operated the Chuck Wagon Catering Company for 38 years. They worked alongside each other for years and established many friendships throughout the area before they retired. It was one of the largest catering companies in the Worcester area at that time.

Charlie was a true gentleman who liked to paint, read, work in his garden, and smoke his cigars. In his later years, he enjoyed golfing; however, his most treasured times were those spent with his wife, children, grandchildren, and many friends. He will be sadly missed.

Funeral services for Charles will be held Friday, Feb. 21, 11:30 a.m., in the Mercadante Funeral Home & Chapel, 370 Plantation St., Worcester. Calling hours with the family will be held Thursday, Feb. 20, from 4 – 7 p.m., in the funeral home. Interment with his wife will be in St. John's Cemetery.

Contributions may be made to the American Cancer Society 30 Speen St., Framingham, MA 01701.

To leave a message of condolence or share a special moment of Charlie with the family, please visit his memorial site at www.mercadantefuneral.com.