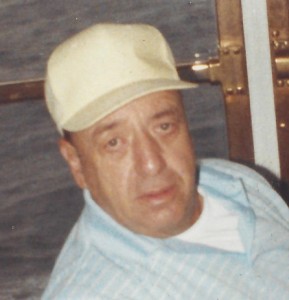 He leaves his wife of 60 years, Sheila A. (Ambrose) Caggiano; two sons, Thomas R. Caggiano Jr. and his wife Lori Ryan of Worcester and Gary F. Caggiano and his wife Donna of Rutland; four grandchildren, Leah, Joseph, Justine, and Anthony; special family member, Sheila H. Caggiano of Worcester; and several nieces and nephews. He was predeceased by his three sisters, Florence, Doris, and Bernice.

Tom was born in Waterbury, Connecticut, and raised in Winthrop, Massachusetts, son of the late Biagio and Florence (Dipesa) Caggiano. He graduated from Winthrop High School and entered into the United States Navy, where he served his country during World War II.

He worked at the Firestone Store in White City for many years before leaving and working for the Massachusetts Turnpike Authority for 15 years, retiring in 1991.

Tom was a dedicated volunteer at the Shrewsbury Senior Center, where he was a member of the Men's Club. He also held memberships in the Greendale Men's Club and the Victor R. Quaranta American Legion Post # 397. When Tom's children were school age he was very active as a coach of the Shrewsbury Little League.

The Caggiano family wishes to express their gratitude to the entire staff of the Odd Fellows Home and Notre Dame Hospice for all of their compassionate care that was shown to Thomas during his illness.

Memorial donations can be made to Shrewsbury Senior Center, 98 Maple Ave., Shrewsbury, MA 01545.