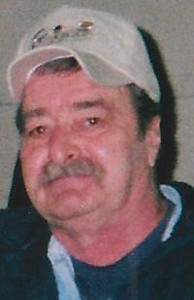 He leaves his wife of 52 years, Karen R. (Quaranta); two sons, Robert R. and his wife Kathleen of Wake Forest, N.C. and John D. and his wife Kimberly of Grafton; and one granddaughter, Charlize J.K. Kell.

Bob was born Nov. 19, 1941 in Milford, the son of the late Joseph and Helen (Kuckinski) Kell, and was a lifelong resident of South Grafton. He worked at Felters Company in Millbury and then at Polyvinyl Films in Sutton for many years.

Bob had sustained severe injuries from an automobile accident which forced him to retire sooner than he planned. He had a passion for racing pigeons and was a longtime member of The Worcester Homing Pigeon and CMC Club in Springfield. He was also “all about his beloved Grafton.”

His family suggests you create a memory of Bob with donations to The Grafton Food Bank, PO Box 324, Grafton, MA 01519.

A graveside committal service was held April 29 at Fairview Cemetery in South Grafton.

A book to offer condolences and share memories of Bob is available at www.RoneyFuneralHome.com.