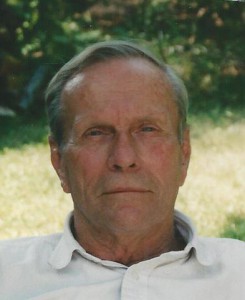 He leaves two daughters, Susan M. Carroll and her husband Christopher of Northborough and Karen L. Stone of Scarborough, Maine; five grandchildren; and three nephews and a niece. A brother, George, predeceased him.

Neil was the son of George and Edna (Borgeson) Chamberlin of Auburn. He graduated from Auburn High School and Wentworth Institute in Boston. In 1950, he served with Reconnaissance Co., 1st Marine Division in Korea. He was awarded three battle stars.

He was self-employed in the water and wastewater treatment industry.

Following cremation, he will be buried in All Saints (Old Swedish Cemetery) in Worcester. Hays Funeral Home of Northborough is assisting the family with arrangements.