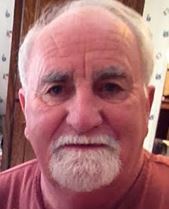 He is survived by his wife of 43 years, Dana (Pauliukonis) Hurley; his two children, Christopher Hurley and Aida (Hurley) Volpone and her husband Tony; and one adoring grandson, Charles J. Volpone. He also leaves his brother, Michael Hurley, and his sister, Gail (O’Bara)Tanner and her husband Roy; his sister-in-law, Mary Hurley; nieces, Mehgan (Hurley) Drost and Janine Hurley – Nootz; and nephews, Mark and Steven Rutana. He also leaves many in-laws, cousins, and dear friends. His brother, John Hurley, predeceased him.

Charlie was born May 14, 1947 in Milford, son of the late Florence R. (Bouvier) and John Hurley. He was a lifelong resident of Grafton. He graduated from Worcester Boys Trade High School and immediately joined the construction field. He was a member of the New England Carpenters Union Local 107 for over 40 years, retiring in 2000.

After his union retirement, he served as Clerk of Works for several projects throughout Worcester County. He also served the Town of Grafton as a firefighter at Station 1 for 44 years, retiring in 2012, and was a longtime member of the American Legion Delisle Goulet Post 92 in Grafton. The members of the entire Grafton Fire Department and the Legion Post 92 were considered family to him.

Charlie was the kind of friend and neighbor you were lucky to have; he spent his life taking care of his family, helping others, and serving the town he loved so much with quiet humility. He was always building, repairing, and working on projects at home, but more importantly for anyone who might have needed his help, which was the essence of who he was. If you needed help with any type of project, Charlie was there, putting others before himself.

He enjoyed hunting, fishing and cruising around town with his basset hound, Sammy. He was always so happy when someone close to him had a successful hunting season. He was very proud of a recent, successful fishing trip with his 3-year-old grandson. He enjoyed cooking and being behind the grill, whether it was at home trying a new recipe, or at the annual Grafton Fire Department chicken barbeque. His cooking was at its best at Thanksgiving and Christmas with his famous meat pies and turkeys and in the summers with his ribs off the grill.

Charlie’s love, presence, and devotion will be missed by all those whose lives he touched.

In his memory or in lieu of flowers, please make a donation to the Charles J. Hurley Memorial Trust Fund, c/o the Homefield Credit Union, 86 Worcester St., North Grafton, MA 01536. This legacy fund will be used to support organizations, initiatives and projects within the Town of Grafton in areas that closely represent Charlie’s interests and past involvement.

All are invited to gather with Charlie’s family and friends Sunday, May 31, from 4-8 p.m., at Roney Funeral Home, 152 Worcester St., North Grafton. A funeral Mass will be celebrated Monday, June 1, at 11 a.m., at St. Phillip’s Church in Grafton. All attending the funeral Mass are politely requested to go directly to the church. Burial will be private at the convenience of his family. A celebration of Charlie’s life will take place directly after the Mass at the American Legion Delisle Goulet Post 92 in Grafton.

Please visit an online guestbook at www.RoneyFuneralHome.com to share a memory of Charlie or message of sympathy with his family.

Tracy A. Schlegel, 61, of Northborough