Westborough – Two local businesses were honored during the Westborough Board of Selectmen’s May 24 meeting.

Jon Cohen, who owns Harry’s Restaurant with his wife Linda, accepted a proclamation of congratulations from the Board on the occasion of the restaurant’s 70th anniversary. Harry’s, located on 149 Turnpike Rd (Route 9 West), was opened by Cohen’s parents, Harry and Eleanor, in 1946. Since that time, it has become an iconic local establishment. 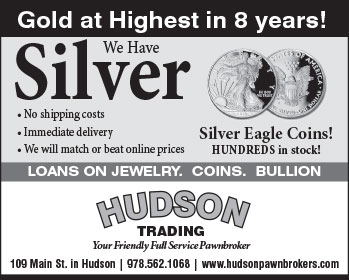 “My parents would have been ready proud of this,” Cohen said, as he thanked the board. “I also want to thank all of our employees. I hope we will still be here for years to come.”

Located in Westborough, on the Hopkinton border, Harvey’s is a full service waste hauling, transfer, and scrap recycling operation. As such, Saari noted, they must do a great deal of monitoring of their operations to comply with state and federal mandates.

“They have had a great transformation at the facility in past years,” Saari said. “They do a great job.”

The company, founded in 1911, serves as the town’s recycling and trash disposal drop-off facility.

In other business, the board appointed Gary Gregory to the Historical Commission and Katie Welch to the Country Club Operating Committee and reappointed June Hudnall as a registrar of voters.