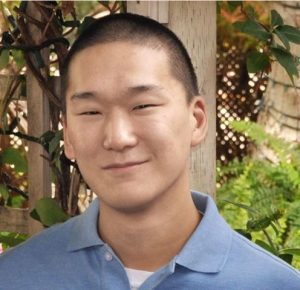 Grafton – Jon Flot of Grafton passed away suddenly at home Thursday, April 6, 2017 of an acute illness.

He was born in July 1988 in Seoul, South Korea and joined the Flot Family in December 1988. He was a confirmand of Pilgrim Church in Southborough where he participated in four youth group mission trips which were a highlight of his high school years. He attended Grafton Public schools and graduated from Blackstone Valley Regional Vocational Technical school with a concentration in Manufacturing Technology.

Most recently, Jon worked as a finish carpenter with P. Knowlton & Sons Finish Carpentry of Grafton, which was quickly becoming a new passion. He previously worked at Houlden Farms in Grafton, Optos in Marlborough, and S.A. Robinson Construction in Florida, earning accolades for his strong work ethic, reliability, and rapid mastery of new skills.

Jon had been in recovery for 16 months from opioid addiction and was embracing all that life has to offer, most recently enjoying snowboarding with his close friends and spending more time with his family.

Jon was the beloved son of Robert and Debra (Bogardus) Flot and brother of Rebecca, all of Grafton. He also leaves his maternal grandmother, Carol (Swinson) Bogardus of Florida; aunts and uncles Melanie Hradsky of Canada, Tony Bogardus of Florida, Michael Flot and wife Rosalie of South Carolina, Linda Krakowski and husband Ben of Arizona, Jennifer Surabian and husband Edwin of Arizona, Stephanie Doyle and husband Stewart of Worcester; and many cousins. Jon was preceded in death by paternal grandparents Roland and Penny (Meade) Flot and his maternal grandfather, Pat Bogardus, all of Southborough. He also leaves many good friends, including Jenn Radzik and Alek Knowlton, both of Grafton, who greatly appreciated his dry sense of humor, unwavering loyalty, and gentle strength.

Calling hours will be Wednesday, April 12, from 4-7 p.m., at Roney Funeral Home, 152 Worcester St., North Grafton. All are invited to a memorial service in celebration of Jon’s life at Thursday, April 13, at 10 a.m., at Pilgrim Church, 15 Common St., Southborough, followed by a collation in the Fellowship Hall. Burial will be held at 1 p.m. at Riverside Cemetery, 25 Hudson Ave., Grafton.

In lieu of flowers, memorial contributions may be sent in Jon’s memory to the American Lung Association at www.lung.org or the agency that assisted in his adoption, Wide Horizons for Children at www.WHFC.org.