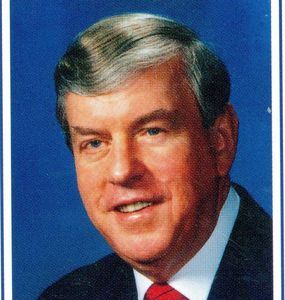 Shrewsbury – David McFarland was a warm, charismatic man who lived life his own way and with gentle and caring tact. His family will always remember him as one of the nicest guys ever to exist. Even tempered, funny, loyal, good looking and smart are some of the words used easily to describe and remember him.

He died peacefully Friday, April 7, 2017 in the Rose Monahan Hospice Residence in Worcester. He was 84.

David Donovan McFarland was born June 26, 1932 in Portland, Maine, a son of the late John M. and Marie P. (Twomey) McFarland. He graduated from Portland High School and later attended Bentley University. He honorably served his country in the United States Navy and was a trumpeter with the USS Missouri Navy Band, the oldest active military band in the United States.

Professionally, Dave worked as an auditor for Traveler’s Insurance Company, a job he very much loved and succeeded in. His work took him to Buffalo, New York and Toledo, Ohio with his young family before making Shrewsbury his adopted hometown since 1973. Upon retirement from Traveler’s 1995, he dabbled in real estate for Coldwell Banker in Worcester for a few years.

Where words fail music speaks. Dave loved being a member of the Worcester Men of Song and sang with the group for over 40 years. He served on its board in various capacities and membership in the club brought a lifetime of good friends who entertained countless number of people.

It’s not what we have in our life but who we have in it that counts. Dave also knew that life is a journey and its love that makes it all worthwhile. His life was rich with family and friends. He and his son, Dave had a great bond and friendship that went beyond that just of a father and son. Vacations or excursions, either planned or impromptu, a round of golf or a beer on Dave’s boat were always great times spent with one another. He loved his grandchildren and the admiration was mutual.

He was predeceased by his siblings, John McFarland and Lorraine Dow, and his brother-in-law, Lenny Bickford.

Mourning Dave’s loss, but celebrating his good and long life are his children, David C. McFarland of Bristol, Rhode Island and Denise M. Lal and her husband, Sanjiv of Shrewsbury; his grandchildren, Sean and Matt McFarland and Chloe and Maya Lal of Shrewsbury; his former wife and good friend, Margaret R. O’Connor of Worcester; his sister, Dorothy Bickford of Cisco, Maine; and many nieces and nephews.

Family and friends will honor and remember David’s life by gathering for calling hours Tuesday, April 11, from 5-8 p.m., at Heald & Chiampa Funeral Directors ~ The Sumner House, 5 Church Road, On the Common, Shrewsbury Center, and again Wednesday morning, April 12 before leaving in procession to Saint Mary’s Church, 640 Main St., Shrewsbury, where his funeral Mass will be celebrated at 10 a.m. Burial with military honors will follow in Mountain View Cemetery.