On Thursday June 22, at 4:02 a.m. the Shrewsbury Police responded to the Honey Farms convenience store located at 98 Boston Turnpike (Route 9) for a reported armed robbery. Upon arrival Shrewsbury Police determined a lone male had robbed the clerk at Honey Farms at knife point, stole a small amount of cash and cigarettes from the store and then fled the area. The clerk was not hurt as a result of the robbery. The suspect is described as a male dressed in a grey hooded sweatshirt, blue jeans and a white & blue “do-rag” wrapped around his face. Shrewsbury Police and Massachusetts State Police K-9 searched the 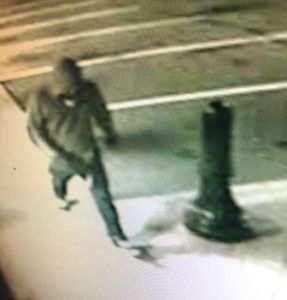