Shrewsbury – Everyone was a winner at UniBank in Shrewsbury Nov. 15 when bank officials announced their Community Giving Program awards. Seven local organizations received some much-needed financial support – just in time for the holiday season.

On Oct. 4, UniBank, which recently opened its new Shrewsbury branch located in Lakeway Commons, kicked off its Community Giving Program by asking members of the community to come in and vote for their favorite local organizations. They provided a list of eight organizations for voters with the top three to receive the most financial awards. The list included Shrewsbury Youth and Family Services, Shrewsbury Public Library, Lake Quinsigamond Commission, St. Anne’s Human Services, Shrewsbury Special Olympics, Veteran’s Inc., Thom Worcester Area Intervention, and Shrewsbury Council on Aging. 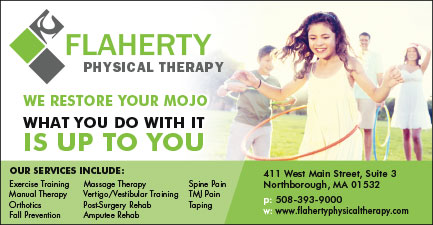 Program,” explained Unibank President and CEO Sam S. Pepper Jr. at the Nov. 15 event held at the bank. “When we open a new branch, we like to commit a significant amount of dollars and time to make a positive impact on organizations in the community.”

“Hundreds of votes were tallied and, in an exciting turn of events, there are two that are tied for second place,” Pepper announced. “We are really excited about this and we do like to have a deep commitment to the communities that we serve.”

This gift comes at a much needed time of year.

“I’m so excited that the community was behind us and supported us with this gift. It will go to good use between the food pantry and the giving tree and all the charities we help,” said JoAnn Keegan, representing St. Anne’s Human Services.

“We are delighted to receive the gift from UniBank and we are planning to give it to the Library Foundation. As you know the foundation in involved with long-term progressive initiatives for the library,” noted Library Director Ellen Dolan.