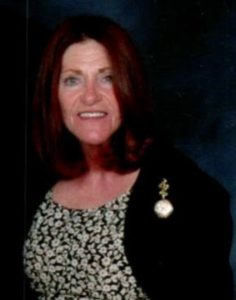 Sharon was born in Monticello, N.Y., the daughter of the late Robert Stewart and Constance Mary (Muthig) Stewart. She was raised in Park Ridge, N.J. and graduated from Immaculate Heart Academy, class of 1966. She was a graduate of Fairleigh Dickinson University, class of 1970, and obtained her Master’s Degree from the University of Massachusetts, Boston in 1989.

Sharon is survived by her two sons, Aaron and Benjamin Cohen. In addition to her parents, Sharon was predeceased by her brother, Robert.

Sharon was a lifelong teacher and educator, teaching for many years in both the Hudson and Webster Public school systems. Sharon taught Spanish in her early years, but found a passion for teaching English as a Second Language later in her career. She took great pride in welcoming recent immigrants to our country and arming them with the skills they needed to thrive. Sharon was a powerful believer in the transformative power of education.

In addition to a love of teaching Sharon was a (sometimes too) passionate fan of Special Olympics, especially her son Ben’s team. She could often be seen cheering loudly at sporting events wearing an “I’m with Ben” t-shirt, although few were likely in doubt.

Calling hours will be held Wednesday, Dec. 13, from 4-7 p.m., at Tighe Hamilton Funeral Home, 50 Central St., Hudson. A Mass of Christian burial will be held Thursday, Dec. 14, at 10:30 a.m., at St. Joan of Arc Catholic Church, 570 Lincoln St., Worcester. (Please go directly to the church on Thursday). Burial will follow at Forestvale Cemetery in Hudson.