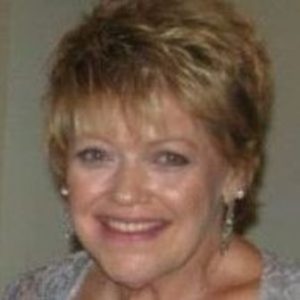 She was the daughter of the late Lloyd Thompson and the late Dorothy (Hilditch) Rio, and the wife of the late Richard P. Lee, who died in 2009.

A graduate of Marlborough High School, Theresa had been employed as a letter carrier for the U.S. Postal Service in Marlborough, retiring in 1988.

Theresa had an outgoing personality and a huge and generous heart. She loved gardening and Sunday dinner with her family. She found joy in spending time with her grandchildren working on arts and crafts projects, and the company of her dog, Bella.

She is survived by her sons, Edward Lee and his wife Kelly of Lincoln, R.I. and Ricky Lee and his wife Julie of Berlin; her daughter, Jessica Lee of Marlborough; her grandchildren, who were here heart and soul, Brendan, Dylan, Caelan, Addison, Ryan and Austin Lee; her brothers, Russ Thompson and his wife Jules of Buffalo, N.Y., William Thompson of North Dakota, Charles Thompson of California, Richard Thompson of South Carolina, and Kevin Rio of Arizona; her sisters, Carol Morreale and her husband Dan of Lake Forest, Calif. and Dorinda (Rio) Hudson and her husband Kurt of Tucson, Arizona; her brother-in-law, James Lee and his husband Goran Sparrman of New Jersey; and her sister-in-law, Geri Bell of Marlborough, as well as many nieces and nephews. She was also the sister of the late Delores Rio and Christopher Rio.