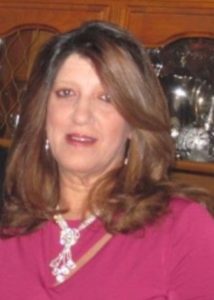 Hudson – Aida M. Chaves, 59, of Hudson, passed away peacefully Saturday, July 7, 2018, at UMass Medical Center in Worcester with her loving family by her side, after a period of declining health. She is reunited in heaven with her husband of 19 years, Manuel S. Chaves, who predeceased her in 1995.

Aida was born July 15, 1958, in Santa Maria, Azores, Portugal, a daughter of the late Antonio S. and Deolinda (DeMelo) Chaves. Aida was raised in Santa Maria, where she finished her education and later immigrated to Hudson in 1974.

She worked for Independent Cable Company for over 20 years. Aida was also a member of Saint Michael Parish in Hudson.

Aida was a sweet, kind and a gentle person who was generous to everyone and always helped those around her in need. She was a natural caregiver with a giant heart and a great sense of humor. More than anything, she loved to spend time with her family and friends. She also enjoyed fishing and spending time in Cape Cod.

A period of calling hours will be held Wednesday, July 11, from 4-7 p.m., at Tighe Hamilton Regional Funeral Home, 50 Central St., Hudson. Burial will be held privately at a later time.