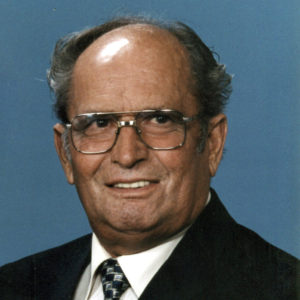 Hudson – Victorino G. Melo, 85, of Hudson, passed away peacefully May 30, 2019 at The Reservoir Center in Marlborough, surrounded by his family, after a period of declining health. He is reunited in Heaven with his beloved wife of 59 years, Rita (Freitas) Melo, who predeceased him in 2013.

Victortino was born Jan. 10, 1934 in the Azores on the island of Santa Maria, one of eleven children of the late Jose Chaves and Maria Da Gloria Melo. He resided in Santa Maria until moving to Hudson in 1974. He spent a short time from 1981 to 1987 residing in Artesia, Calif. until moving back to Hudson in 1987.

Victorino was a talented carpenter and successfully ran his own business for many years before retiring. He was also a longtime member of Saint Michael Parish in Hudson.

A Mass of Christian Burial was celebrated June 2 at Saint Michael Parish of Hudson, followed by interment in Saint Michael Cemetery.