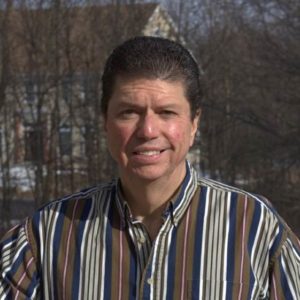 Westborough – Robert C. Mason, 62, of Westborough, passed away unexpectedly on Friday, July 5, 2019 at the UMass/Memorial Healthcare-University Hospital in Worcester. For the past 35 years, he has been the loving husband and best friend of Linda J. (Cellucci) Mason.

Born in Westmoreland, PA on April 17th 1957, he was the son of the late James and Rose (Marincic) Mason. He was raised and educated in Ruffs Dale, PA, earned his undergraduate degree at Carnegie Mellon University, and his masters degree at MIT.

Robert was an electrical engineer with Cutting Edge Home Technology Solutions. He enjoyed all things electronic, collecting rocks at the beach, photography, bike riding and gadgets. Some even referred to him the “Gadget Guru”. He also enjoyed all kinds of music, NPR, and especially listening to his favorite astrophysicist, Neil deGreasse Tyson.

Being a man of few words, many of his close friends sympathetically referred to him as “Poor Bob” in reference to his talkative wife. Bob took this in stride because nothing meant more to him than his family.

In addition to his wife he is survived by two daughters, Alysha A. Mason of Brighton, MA and Briana J. Mason of Denver, Colorado. Bob was happiest when spending time with his daughters.

He was the brother of the late Doris Wilson, her late husband Bill, as well as the late James Mason and his wife Nancy. He is also survived by his nephews Max and Alex Mason, and Billy and Randy Wilson, and several great nieces.

The Mason family would also like to thank the Westborough emergency services for their compassion and dedicated efforts.