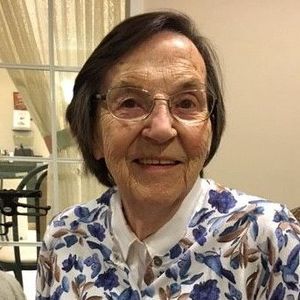 Marlborough/Hudson – Claudette E. (Boisse) Tetreault, 84, formerly of Marlborough and Hudson, died July 16, 2019 at The Coleman House in Northborough. She was the daughter of the late Joseph Aime and Dina M. (Roy) Boisse and the wife of the late Edward C. Tetreault who died in 2016.

A graduate of St. Michael’s Academy, Claudette worked at both the Marlborough and Hudson Savings Banks as well as being the owner and manager of Midland and Wayland Floors which she owned with her husband Edward.

Claudette belonged to the Young Republicans Club, volunteered at the local voting polls and was a Republican delegate for Massachusetts in the 1970s.

An avid Boston Bruins fan, Claudette’s living room was “standing room only” during the hockey season and she took pride in having her family belong to the Hudson Royal Jades Band.

Claudette is survived by her sons, Mark Tetreault of Marlborough and Dennis Tetreault and Michael Tetreault, both of Hudson, and her daughters, Cherene Corrinne and her husband Carl of Sterling and Danielle Osman and her husband Richard of Harrisburg, Pa. She is also survived by her grandchildren, Matthew, Chad and Allyson Corrinne, Nic and Colbey Tetreault, and Beth and Leah Kreiser, and her great-granddaughter, Kierra Hegedus. Claudette was also the sister of the late Lorraine Bent and Robert Boisse.

Known as “Mrs T” and having an open-door policy for her family and friends, she enjoyed crocheting, gardening and astrology and was famous for her O’Henry bars.

Visiting hours will be held Sunday, July 21, from 2-4 p.m., at the Slattery Funeral Home, Inc., 40 Pleasant St., Marlborough. A funeral service will be held following visiting hours at 4 p.m. in the funeral home. Burial will be private.

In lieu of flowers, donations may be made to the Alzheimer’s Association, c/o the Coleman House – Patrick Blake, 112 W. Main St., Northborough, MA 01532 or http://act.alz.org/goto/teamcolemanhouse.