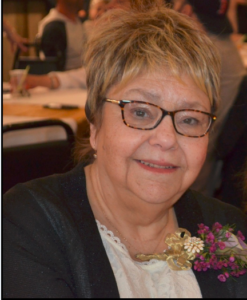 Hudson – Maria Belmira Sousa, 69, of Hudson, passed away peacefully at Marlborough Hospital, surrounded by her loving family, on July 17, 2019. She leaves behind her beloved husband of over 50 years, Manuel C. Sousa.

Belmira is also survived by her two sons, James J. Sousa of Oxford and Ronald L. Sousa of Hudson; a sister, Maria Figueiredo; two grandchildren, Britney Rickson and Jasmine Sousa; two great-grandchildren, Braydon and Jackson Cole, along with many nieces and nephews. She was predeceased by her sister, Helen Reis, and brother, Manuel Sousa.

Belmira was born in Santa Maria, Azores, Portugal, on Sept. 11, 1949, a daughter of the late Jose and Virginia (Luz) Sousa. She was raised in Santa Maria and later immigrated with her family to Hudson when she was 16 years old. Later she met the love of her life, Manuel Sousa, and together they embarked on a 50-year marriage together.

Maria was a devoted wife and mother who was always there for her family throughout the years, also working as a supervisor at Whites Electronics and EDI, before eventually retiring. She was also a longtime member of Saint Michael Parish in Hudson.

Belmira was an amazing cook and enjoyed doing crossword puzzles. True to her Island heritage, she loved the ocean and visiting Cape Cod.

A period of visitation will be held in church Saturday, July 27, from 8-9 a.m., immediately followed by a Mass of Christian Burial at Saint Michael Parish, 21 Manning St., Hudson. Burial will be held at a later date.