Elite gymnast has skill named for her by USA Gymnastics

Shrewsbury  – Behind every beautiful routine a gymnast does, performing intricate moves on different apparatus, and sticking landings with a smile, are many, many hours of blood, sweat and tears. There is also a family behind that gymnast – relatives, teammates, coaches and the training facility’s owners and staff – supporting those gymnasts with their unflagging love and support. For one West Boylston gymnast, Nova Staruk, the past year has been one of dramatic ups and downs, culminating in a truly unique achievement, having a vault skill named after her, even while she coped with a terrifying injury her beloved father, Scott, suffered.

Nova trains at Gymnastic Learning Center in Shrewsbury under coaches Josh Orton and Pete Dagenhardt. Now 15, and a rising sophomore at West Boylston High School, she has been doing gymnastics since she was a child, and training at GLC, which is owned by Marianne Frongillo, for the last four years.

Last fall, Nova made the jump to Level 10, which is considered elite and the highest level she can go. Training at that level takes an incredible amount of determination.

“I train five days a week, about 20 hours total,” she said. “During the summer, it’s easier of course than the school year. But I have a system down to accommodate training and school work.”

Injuries for any elite athlete, of course, are always a concern and Nova has had her share of those.

“Two years I sprained both my ankles. I now also have constant back pain,” she admitted. “It always hurts to run.”

She also has scoliosis and although does not require surgery, wears a brace at night.

But it was not an injury that she had this year that threatened to impede her training but rather one her father, Scott, endured. Shortly before Christmas, Scott was carrying a drum set that was a gift for his son down some stairs when he lost his balance, and fell, hitting his head, and suffering a traumatic brain injury.

After spending months in a Boston rehabilitation facility and now one in Worcester, he is doing better, Nova said, and making progress in his recovery.

“It sounds kind of weird but the gym became my safe place after that,” she said. “I was able to deal with all of my anger – just leave it all out there. I actually trained very well because I had no fear – I had all of these other emotions to deal with.”

That dedication and training allowed her to compete at a very high level this year.

But it was a move that she didn’t quite get – and thus added a modification to – that got her name in the official books earlier this year.

As a Level 9 competitor, she completed a vault that was a Tsukahara in a piked position. Now in level 10, Dagenhardt, her vaulting coach, had her advance her skill by adding a full twist. It was intended that she perform this twist in a laid out position. Because Nova was accustomed to the piked position, she persisted to twist in a pike, which was unusual and more difficult. When her coach looked it up in the USA Gymnastics Jr. Olympic Code of Points, he discovered that this vault did not actually yet exist.

While most coaches would have corrected the gymnast, Dagenhardt decided to instead see if they could get the vault approved as a new skill.

This required the Regional Technical Committee Chair and Regional Junior Olympic Committee Chair to officially request evaluation of a skill not yet listed. It also required having a certain number of judges to witness it at a national level of competition, accept it as successful, and give it value.

The skill was approved and as a result, the “Staruk” will be an official vault skill as of Aug. 1. So far, Nova is the only gymnast in the country to have a skill named after her this year.

As exciting as this has all been, it is also has been bittersweet because her father was not there watching her.

“He has always been my number one fan, always there for me. I just really want to make him proud,” she said. “I can’t wait for him to be there again to watch me.” 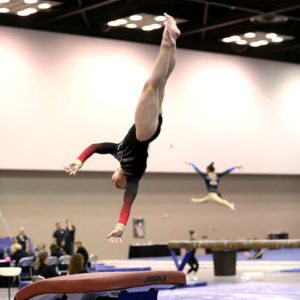 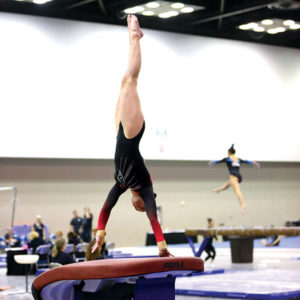 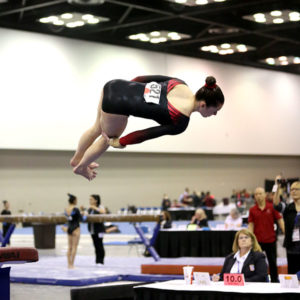 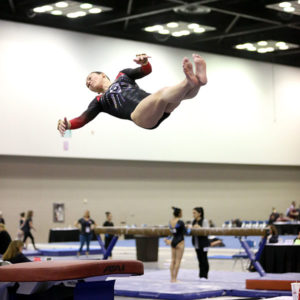 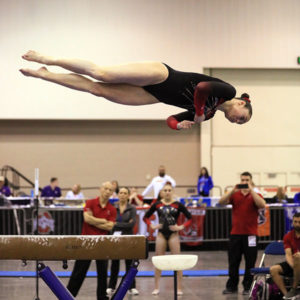 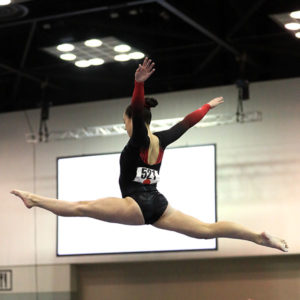 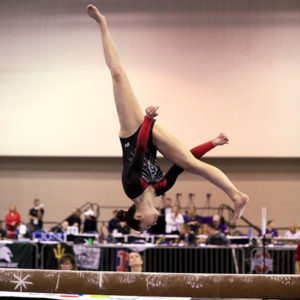 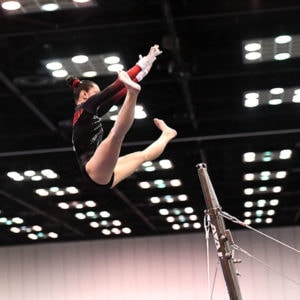