Westborough – “People often say the world’s problems are so huge that there is nothing they can do to change things,” said Mike Grim, longtime member of Good Shepherd Lutheran Church in Westborough. “Working to solve a smaller, local need is something most of us can do and something that makes a real difference.”

In the summer of 2018, the congregation was approached by an immigrant advocacy group asking if they would be willing to serve in a support role for three families who had recently moved to the area. Volunteers were happy to help, providing rides to medical appointments and the grocery store, helping sign children up for school, and supplying some warm clothing. Over the next few months, more families and were assisted and in April, the Walking with Others Committee was officially formed to provide more structure. 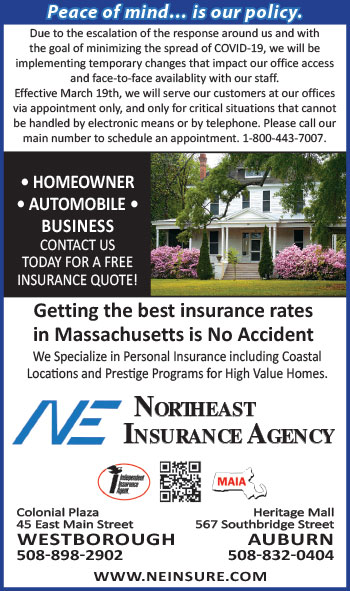 Committee member Bruce Grams noted challenges for both those who serve and those they are serving. The most obvious one is the language barrier. Some of the volunteers speak Spanish but they may not always be available. Many of those they serve also come lacking transportation and the knowledge of how to navigate U.S. systems. They are unaware of what information is needed for schools and health care and have little or no access to their previous records.

“Growing up here, we take so many things for granted and it can be frightening for them to not know what to do,” commented Grams.

He recalled one situation of a father with his young son. The boy stayed close to his dad and kept very quiet, never speaking or smiling. They helped sign him up for school as he had never before attended. The school staff spoke to him in Spanish and evaluated his reading. The boy was signed up for school lunches, received a backpack full of supplies, and a jacket that fit perfectly. Then he met another child starting on the same day who also spoke Spanish. By the end of the day, the boy was bouncing around joyfully and talking nonstop.

“We have found one universal language – ice cream!” Grams said.

The Good Shepherd Lutheran Church welcomes all as stated on their website and believes the Walking with Others ministry aligns well with their goal to advocate for social justice and people in need.

“Our faith calls us to serve others and especially those who do not have the resources that many of us enjoy,” explained Committee Chair Kathy Grim, who has been involved with the efforts from the beginning.