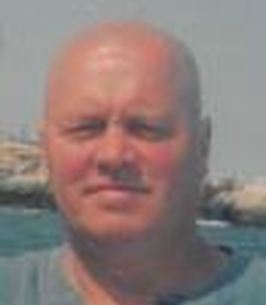 Shrewsbury – Michael E. Gordon Sr., 65, of Shrewsbury, best known for being a loving father and husband, died at home after an illness on November 7, 2019.

He is survived by his loving wife of 25 years Joy (Pryor) Gordon, his mother Merelene (Dailey) Fortin, of Rockland, ME, his children Nic Gordon and wife Laura, of Sanford, ME, Jillian Gazzaniga, and Aaron Gazzaniga and wife Kate, his grandchildren Dylan Gordon, Cassie Fields, and Chase Gordon, as well as his sister Kristina Iovanna. He was predeceased by his son Michael E. Gordon, Jr. and his father Newell Gordon.

Michael, born in 1954, spent his life in Shrewsbury where he served in the Navy and then later worked as a truck driver. He enjoyed watching NASCAR, fishing on Lake Quinsigamond, and travelling to the Carribean with his wife. Michael was beloved by his friends and family and was known for his elaborate storytelling and his wonderful sense of humor. Most of all, Michael was a loving person who was always there for the people he cared for, no matter what you needed.

A Celebration of Life will be hosted for Michael Sunday November 17th at 1pm at The Italian American Victory Club 26 Dewey Road Shrewsbury, MA 01545.

In lieu of flowers, the family requests that memorial donations be made to: The Foley Foundation in C/O of Brian Foley, 4 Swan Circle, Shrewsbury, MA 01545. The Foley Foundation sends ill children and their families to camp, Michael as a loving father would like to support their mission.

A Book of Memories to share a favorite story or messages of sympathy is available online at www.RoneyFuneralHome.com.