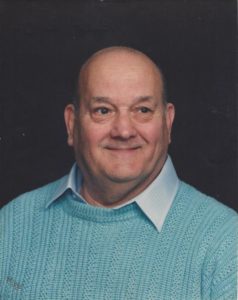 Sudbury – William “Bill” G. Perry, 93, of Sudbury, passed away peacefully on Monday, February 17, 2020, at Haywood Hospital in Gardener, MA, surrounded by his family, after a period of declining health. He is survived by his beloved wife of 58 years, Janet A. (Joslin) Perry.

Bill was born on in New London, CT, on November 26, 1926, a son of the late Manuel and Molly (Perry) Gonsalves. He was raised in Hudson, MA where he attended school. After finishing school Bill enlisted in the United States Marine Corps and honorably served his country in WWII. After returning home from service, he settled back in Hudson and Marlborough for several years before eventually moving to Sudbury, MA, where he and his beloved wife Janet A. (Joslin) Perry, have resided together for of 64 years. Bill was a hard worker, spending many years as a laborer and foundry worker.

Bill was a past member of the Hudson VFW. He loved to travel and exploring the east coast in his RV with his wife.

In addition to his beloved wife Janet A. (Joslin) Perry, he is also survived by his three children, Marc Perry of Sudbury, MA, Susan Clement and her husband William of Ashby, MA and Denise Fetcko; 6 grandchildren, William, Jake, Victoria, Tina, Jeffery and Rhonda; 1 great-grandchildren, Donavan and 4 stepchildren. He was predeceased by three sisters and one brother.

A period of visitation will be held from 12 pm until 2 pm in Saturday, February 22, 2020 at TIGHE HAMILTON REGIONAL FUNERAL HOME, 50 Central St., Hudson, MA; immediately followed by a funeral service at 2 pm in the Funeral Home. Burial will be private at a later time.