Shrewsbury – Michael Hale, general manager of Shrewsbury Electric and Cable Operations (SELCO), and Jackie Pratt, SELCO marketing & customer care manager, gave a comprehensive plan of initiatives that are “on the horizon” to the Board of Selectmen at their Feb. 11 meeting.

Hale’s plan calls for two major capital projects that will benefit both electric and cable: a $3.5 million meter project replacing 15,000 meters throughout the town and a $30 million project to bring fiber internet service to Shrewsbury. 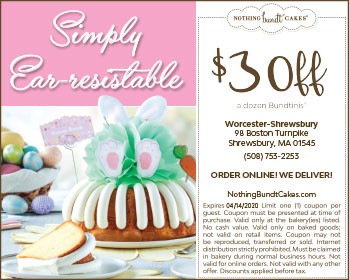 Pratt gave an overview of customer surveys that have been conducted measuring customer satisfaction.

“Generally, our customers view us very favorably; they think we do a good job of restoring power and they think our rates are fair, but we also asked some questions about customer priorities as far as where we should focus energy in terms of reliability, cost and carbon reduction,” she said.

Regarding electricity, 94.2 percent of customers believe that SELCO provides high quality electric service and 83 percent believe it is important to maintain local control.

Relevant to cable, Pratt shared that 75 percent of respondents were satisfied with their television package and 85.5 percent felt that their internet service was high quality.

Interestingly, 51 percent would also be willing to send $5 to $10 more per month to have Fiber to the Home (FTTH) internet service and that 41.4 percent thought broadband investment should be prioritized.

Hale said that there is clearly a movement toward greenhouse gas reduction at the legislature, including a bill which would require municipal electric utilities to get to net zero by the year 2050.

“I think it’s a move in the right direction and we will see where it goes from here, it could be a year or two before it plays out,” he stated.

For internet service, Hale said “Broadband is the future and broadband has become a utility. This will be where we put our capital investment…”

While other options were considered, the SELCO Commission voted in October 2019 to pursue the FTTH model at an estimated cost of approximately $30 million because it was felt that eventually cable boxes will become antiquated and streaming will be the norm requiring greater bandwidth which Fiber will provide.

Hale said that SELCO will seek authorization to borrow $12 to $15 million for capital costs at the May 2020 Annual Town Meeting.

SELCO Commission Chair Robert Holland interjected that the project will not affect the town tax levy and SELCO could take advantage of the town’s AAA bond rating.

“I think this is a huge competitive advantage to continue to leverage this unique relationship in having SELCO being a municipal utility and offering these services to our residents even beyond electricity,” he noted.

In response to a question about rates, “It could be anywhere from no impact to upwards of $5 or $10 dollars per month… but it would be a superior product,” Hale explained.