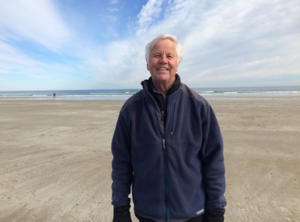 Hudson – On Thursday, March 19, 2020, Joseph Daigneault, loving husband, father and grandfather, passed away at the age of 77.

Joseph was born on December 8, 1942 in Marlboro, Massachusetts and lived in Hudson his entire life.  Joseph served in the U.S. Army during the Vietnam War from 1964-1966 and received an associates degree from Quinsigamond College following.

He co-owned and worked at Daigneault’s Liquor Store for over 25 years with his cousin Albert. Later, he worked for the town of Boylston and Sudbury as the tax collector.

Joe was a family man and took pride in being a longtime resident of Hudson. He loved biking, long walks with his wife, golfing with his friends, and spending quality time with his children and grandchildren.

A private family memorial service will be planned for a later date.

In lieu of flowers, the family has asked for donations to the American Lung Disease.

Rest in peace Joe – you will be greatly missed.