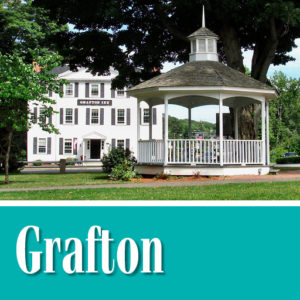 But, as he shared his screen in a recent public video conference, he acknowledged the rows and rows of proposed budget cuts were, nonetheless, alarming.

“This would be devastating to the school district,” he said.

Cummings spoke alongside a virtual panel of private advocates and town officials alike, May 3. Together, the group asked voters to approve an upcoming ballot question that would allow Grafton to increase property taxes to pay for endangered services.

A “yes” vote on what’s known as Proposition 2-1/2 will allow the town to increase per-household tax rates by roughly $10 a month, per year, for the next five years, according to proponents. By the end of the period, therefore, the average property tax bill will be $500 higher than it is today.

This exceeds a limit of annual tax rate increases of just 2.5 percent set in state legislation back in 1980.

The town secured a similar override in 2014. Six years later, though, officials and advocates alike say another one is necessary.

“We find ourselves in need, again, of more tax revenue to just maintain our services,” Elizabeth Spinney, the chair of the private political group YES Grafton said during the May 3 meeting.

Should that revenue never come, Spinney, Cummings, and Selectman Peter Carlson said, the town could see major cuts across its departments.

Class sizes in schools, Cummings said, could soar past 30 students per-room, exceeding the guidance of many education experts as teachers get laid off. Athletic programs could be all but eliminated. Academically, entire arts, music and tech programs could end up on the chopping block as well.

“We’ve done an exceptional job in creating a strong educational environment with one of the lowest amounts of funding in the state,” Cummings said. “[But] districts that are faced with multi-year reductions, simply cannot prevent eventual failure.”

Training costs, he said, have spiked since the September 11 attacks in 2001. And money for necessary safety equipment has long since been stripped out of annual base budgets.

Now, such purchases must first be approved at town meetings, risking a scenario, Carson said, where first responders could face life threatening emergencies without up-to-date equipment.

“These things are crucial to maintaining a functional fire department,” he said, explaining that Proposition 2-1/2 could create a safer environment for staff.

As advocates of a “yes” vote make their case, some have voiced dissent particularly in unofficial Facebook groups dedicated to the Town of Grafton.

At least one person worried about the impacts of COVID-19 on all this, worrying the town could blow through its newly gained tax revenue faster than expected in a post-pandemic economy.

Cummings addressed that latter concern May 3, acknowledging the uncertainty it referenced.

Ultimately, though, Cummings concluded, “We don’t have enough funding and we need to either secure additional funding, or decrease our offerings.”

Voters will weigh in on Proposition 2- 1/2 via town election on Tuesday, June 23.