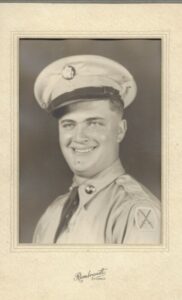 Hudson – Joseph E. Jackson, 92, of Hudson, passed away peacefully on July 16, 2021, at Beaumont Skilled Nursing and Rehabilitation in Northborough. He is reunited with his beloved wife of 65 years, Mary S. (Dubak) Jackson, who predeceased him in 2015.

Joseph was born in Aurora Township, MN, on July 19, 1928, the only child of the late Alfred and Norda (Lysne) Jackson. He was raised on a farm in Owatonna, MN, where he graduated from high school and subsequently enlisted in the Army; earning the rank of Sergeant during the Korean War. While in the service he fell in love with and married the love of his life, Mary S. DuBak on April 30, 1950. Following his honorable service in the Army, they moved to Marlborough, where they resided for several years before settling in Hudson in 1962.

Joseph worked as a machinist for several companies through the years, beginning at Lapointe Machine Shop and eventually retiring from Morgan Construction. Throughout his life he enjoyed gardening, working around his house and doing yard work. He was an avid fisherman and enjoyed many sports, especially cheering for the Boston Red Sox and New England Patriots.

He is survived by his daughter, Sandra J. Herzog and her husband Donald of Hudson; his son, Robert A Jackson of Webster; four grandchildren, Sheryl Herzog and her fiancé Charles Rouleau, Alan Herzog and his wife Colby, Carolyn Ingalls and her husband James, and Kyle Jackson; four great-grandchildren; and several cousins and a niece and nephew. He was a beloved Husband, Father, Grandpa, and Great-Grandpa and will be greatly missed.

We would like to thank the staff at Beaumont and Salmon Hospice for his care.

All Services will be private. Tighe Hamilton Regional Funeral Home is honored to assist with his arrangement.