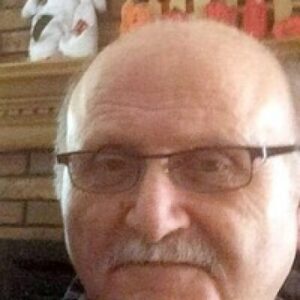 Shrewsbury – Robert P. “Bobby” Abraham, 78, a longtime resident of Shrewsbury, passed away on July 19, 2021, with loved ones gathered at his bedside.

Robert was born in Worcester, one of three sons of Henry F. and Amelia (Abdelmaseh) Abraham. Raised in Worcester, he graduated from Worcester Boys Trade. He then joined the U.S. Army, serving his country proudly. Upon discharge and return to Worcester, he married his sweetheart and love, Carol M. Lombardi.They settled in Shrewsbury in 1965 to build a life and raise their family. He has lived there ever since.

Robert worked to support his family as an electrician for the IBEW, Union local 96. He worked for many different contractors, the majority being MacKoul Electric, before retiring. After retirement, Robert could be seen on Shrewsbury Cable Television as host of a show called “Know the Facts.”

Robert’s beloved wife of 44 years, Carol, passed away in 2009. He is survived by his devoted daughter, Kelly Abraham, and her son Jason, who lovingly called him “Grampy,” his best friend and apple of his eye; two brothers, Daniel H., and Everett J. Abraham, both of Worcester; and nieces, nephews, and extended family members.

Robert was a member of St. George Orthodox Cathedral, and at onetime its men’s club.

A devoted friend and with a bright smile and kind heart, Robert would help anyone that needed his expertise. He notably would answer emergency calls, no matter the time of day and help, not taking a dime for his services. Robert could also be found daily with lifelong friends having coffee early in the morning at Dunkin Doughnuts in Shrewsbury. He was a kind man who gave of himself to help and serve others.

Friends and relatives are invited to a period of calling hours on Sunday, July 25, from 11:30 a.m. to 1 p.m., in the Mercadante Funeral Home & Chapel, 370 Plantation St., Worcester, followed by a prayer service at 1 p.m. Burial will be private.

In lieu of flowers, memorial remembrances in his name can be made to the St. George Orthodox Cathedral endowment fund, 30 Anna St., Worcester.