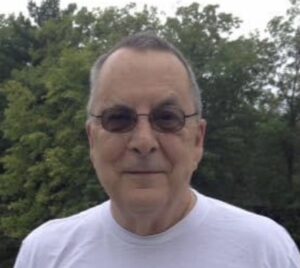 Peco was born in Marlborough on Dec. 13, 1941, one of eight children to the late Edward and Emilie (Moura) Bouvier. He was a long-time resident of the Marlborough/Hudson area.

Following graduating from high school he served in the U.S. Navy as a communications officer and Vietnam Veteran. After being honorably discharged in 1966 Peco worked in his earlier years as a service manager at RCA and later worked at Dav-Tech Plating.

Peco was a member of the ITAM of Marlborough and the Moose Lodge of Marlborough, along with the Hudson Fraternal Order of Eagles in Hudson. When he wasn’t fishing with his friends and family at the Cape or in Gloucester, you could find him right alongside his daughter, Pam, fishing in her backyard on Bruce’s Pond. In his spare time, he enjoyed playing cards and socializing with friends. Peco cherished spending time with his family, especially later with his grandchildren and great-grandchildren, who will forever remember him as a loving and caring father and grandfather.

Visiting hours will be held on Tuesday, Aug. 31, from 3-5 p.m., at the Tighe-Hamilton Regional Funeral Home, 50 Central St., Hudson. A prayer service will follow at 5 p.m. in the funeral Home. There will be a celebration of Peter’s life immediately following at Hudson Eagles located at 271 Cox St. in Hudson. Burial services will be held privately.