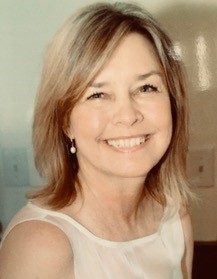 Marlborough – Patti Ann (Maples) Vigeant, 63, of Marlborough, passed into eternal life on Sept. 10, 2021, after a long battle with Parkinson’s disease.

She was born in Waco, Texas and graduated from Medfield High School, Medfield, Mass., in 1976. Patti is survived by her husband of nine years, Michael E. Vigeant of Marlborough.

Besides her husband, she leaves behind her brother, Robert Maples Jr. of Atlanta, Ga., his wife Amy, and their three children, Bobby, Ben and Kate. She is also survived by her mother-in-law, Joanne Vigeant; brothers-in-law, Karl, Ken, and Steve; sisters-in-law, Debbie and Linda; and many nieces and nephews. She was predeceased by her father, the late Robert Maples Sr.; her mother, the late Shirley Jean (Morrison) Maples; and her father-in-law, Andrew (Carl) Vigeant Jr

Patti was an avid member of the Daughters of the American Revolution and had a passion for her ancestry and antiques.

In lieu of flowers, donations may be made to Michael J. Fox Foundation for Parkinson’s at https://www.michaeljfox.org/.