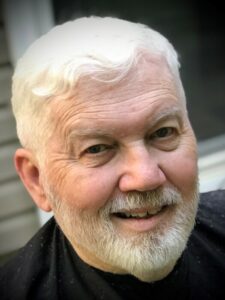 Canton, GA – Gary F. Foti, 76, of Canton, GA, formerly of Marlborough, MA, passed away after a battle against Parkinson’s and other health complications on Friday, March 25, 2022, with his daughter, Amie Bennett by his side.

During his childhood, Gary enjoyed visiting the Marlborough Public Library daily, which was just steps away from his home on Witherbee Street.  He continued to talk about visiting the library often and enjoyed following the events taking place there over the years.  Most recently, he talked about the renovation taking place which he would have loved to see in person.

Gary was a graduate of Marian High School in Framingham, class of 1963.  He then went on to nursing school at McLean Hospital in Boston where he met his future wife Cathy (Smith) Belair and made many other lifelong friendships.  Gary continued on to anesthesia school and enrolled in the Air Force.  Eventually, he moved south to Georgia, following his aunt and uncle Dr. And Mrs. Riccardi and family.  It was in the Atlanta area where he began his career as a nurse anesthetist and continued his service in the Air Force Reserves.

Gary found great happiness in making memories with friends and family. He especially loved to visit the beach, watch air shows, be in the know about everybody’s business, see the accomplishments of his two grandsons and travel the world to such places as England, France, Italy, and Mexico.

Gary is survived by his only child and daughter, Amie Foti-Bennett and her husband Oscar, his two grandsons, Jaeden and Jace Bennett, his aunt, Peggy Bartolini, his sister-in-law, Sue (Cincotta) Foti, his nieces Jackie Malloy and Laurie Baj and their families, his nephews, Anthony Foti and Chris Foti and their families. He is also survived by his ex-wife and lifelong friend, Cathy (Smith) Belair as well as many other cousins, nieces, nephews and friends that he loved, especially his partner, Steve Odom of Atlanta, GA.

Visiting hours will be held on Saturday, June 25, 2022 from 9:00 -10:00 AM followed by a memorial service at 10:00 AM at the Slattery Funeral Home, Inc., 40 Pleasant St., Marlborough, MA. Burial and graveside military honors will follow at Evergreen Cemetery, Wilson St., Marlborough, MA.

In lieu of flowers or gifts, donations may be made to the Michael J. Fox Foundation for Parkinson’s Research.  Please search for his tribute page by using his name on the foundation’s website, or use the link below for direct access. https://tribute.michaeljfox.org/tribute-page.php?id=2300&np=true.