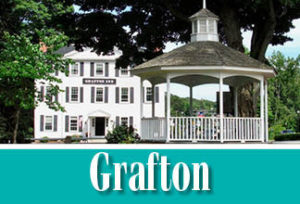 According to a press release from the BBB on Monday, job seekers have been contacted by someone pretending to be a representative of DetectoGen.

The company’s mission is to develop and produce affordable and user-friendly diagnostic tests for diseases, according to its website.

According to the BBB, a woman in her mid-20s wrote to the BBB’s Scam Tracker that she had received a text from “human resources” that said they wanted her to take an assessment in order to proceed in the hiring process.

The woman reportedly said the assessment “looked legit.” She then received what appeared to be an offer letter a few days later, according to the BBB.

“This is where I got suspicious because the offer letter stated they would send me a check to buy office equipment since they cannot pay their vendor due to some reason,” the woman wrote. “Also, the job itself seemed too good to be true initially as well.”

She stopped the scam before it got too far, BBB reported.

A second woman told BBB that the fake DetectoGen reached out regarding a remote job paying $27 an hour.

“I sent them my resume and almost took the assessment until I saw that their domain was created three days ago,” she said.

DetectoGen Director Dr. Antonio Campos-Neto told the BBB that the scam has “become a daily annoyance.”

He expressed frustration about the “negative reputation that this scam brings to his business,” according to the BBB.

Campos-Neto said he was contacted by a lawyer of one of the victims, who said he was filing a report with the FBI. ​​He reportedly reached out to LinkedIn regarding a fake job posting, but it hasn’t responded.

It advised job seekers to research a job offer. Applicants should also search the name of the company they’re interacting with and “scam” on the internet to see if there are any reports of a job scam.

BBB additionally suggested that people check the email address of the person offering the job to see if it matches a company’s email protocols. Applicants should be alert to gmail business email addresses.

The BBB urged people to be cautious of paying for the promise of a job, secret shopper positions, work-from-home jobs involving receiving and reshipping packages, vague job descriptions and jobs that involve receiving and forwarding money.

It urged people to be cautious when providing personal information in a resume or to unverified recruiters and online applications. Applicants should not click on links in a text from an unrecognized numbers or respond to calls, texts or emails from unknown numbers or emails.

The BBB is encouraging victims to report to the BBB at BBB.org or BBB.org/scamtracker, the Federal Trade Commission at reportfraud.ftc.gov or call 877-FTC-Help and the Internet Crime Complaint Center at ic3.gov/complaint.

Quality of workmanship in high demand at Cabinet Rehab Shop