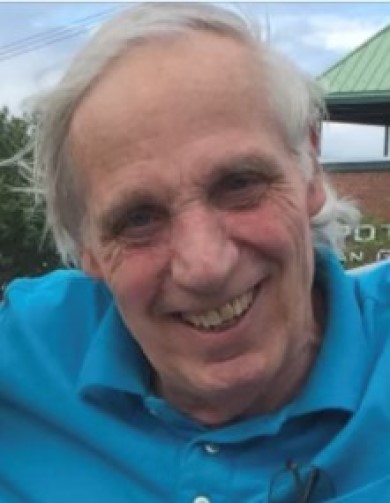 Southborough – Skip, who was born in Waltham, grew up in Newton. He spent his summers in Marshfield with family and neighborhood friends playing football and stick ball on the low tide flats, playing tennis, swimming after storms, building bonfires, sailing, fishing, sneaking into the old drive-in, hanging out by the old smoking tree or the snake pit, and occasionally sneaking something from the unattended adult fridges on the porches.

Over the years, Rexhame is where family and friends came to gather. At his family’s annual clambakes, Skip always made sure there were plenty of s’mores and could be found at the fire handing out marshmallows and roasting sticks. He also taught the kids the fine art of how to get rid of smoke from the fire.  Rabbit… Rabbit.

At Thanksgiving, Skip was in charge of making the gravy. His secret: add every spice that would still leave the concoction looking like gravy in the end. This was just another example of how Skip put a bit of play into everyday tasks and of what made him such a fun uncle. He could even make his weekly trip to Rexhame to do laundry seem fun. Skip was the most magical at Christmas. He always gave his young nieces the best presents and would then get down on the carpet to play with them once their gifts were unwrapped.

After graduating Northeastern, Skip worked for several years taking care of the grounds at Fessenden School. He then worked for 27 years at the Fay School in Southborough in various roles in the Facilities Department and as the Athletic Department Equipment Manager. Skip was a big supporter of Fay’s athletic program. His school spirit was evident in his consistent presence at games and matches and his design of the annual Color Competition obstacle course. Even after retiring, he wore his Fay ball hat every day.

Not everything was so carefree for Skip. In his late 30s, he was diagnosed with Waldenstrom’s.  He endured transfusions, yearly chemotherapy, and various treatments to battle his cancer.  Through it all, Skip did not complain; he rarely talked about his struggles. As the disease progressed, instead of giving in, he got inventive. He created tools to navigate life on his own terms up until the end.

In lieu of flowers, please consider making a Memorial contribution in Skip’s name to Fay School at www.fayschool.org/give, or call the school’s advancement office at 508-490-8206 for more information. A celebration of Skip’s life will be held later this fall.