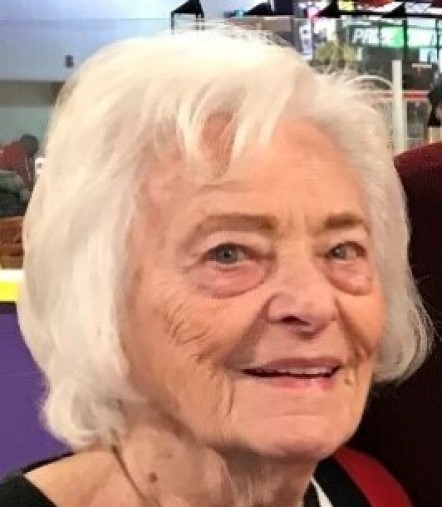 South Grafton – Theresa May “Terry” (Campbell) Braun passed away peacefully on September 20th, 2022, with her loving husband Michael at her side. She and Mike celebrated their 56th wedding anniversary just a few weeks earlier. Terry was the daughter of the late Alex T. and Annie Campbell.

Terry leaves behind two sons, a granddaughter, and a daughter-in-law. Michael, his wife Suzette, and Terry’s granddaughter Campbell, all of South Grafton, MA, and her son Stephen of New York City. Terry is also survived by her sister Florence, of Bellaire, Michigan, her brother Ambrose of Judique, Nova Scotia, along with many nieces and nephews around the globe.

Terry was born into a large family in the village of Centennial, in Cape Breton, Nova Scotia. She and her many siblings developed a strong work ethic from helping out with chores on the family farm, and also developed a deep love for her Scottish heritage and culture. In her late teens, Terry and her sister Peggy both enrolled in the Nova Scotia Teachers College, where they earned Associates degrees in Education. She went on to teach in Centennial’s one-room schoolhouse, before eventually moving to the Detroit area.

In the mid 1950’s, Terry began teaching at her beloved St. Alphonsus School in Dearborn, Michigan. She primarily taught the 3rd and 4th grade at “St. Al’s”, and was loved by her students, many of whom were keeping close track of her condition during her recent period of ill-health. Terry was very proud of the fact that one of her students went on to receive her PhD in Education, and dedicated the thesis to her inspiration and favorite teacher, “Miss Campbell”. During this time, Terry also enrolled in Detroit’s Wayne State University, where she studied at night for her Bachelor’s degree in Education.

It was while living in the Detroit area that Terry met her beloved husband Mike. They lived in Dearborn, Michigan for four years after their marriage, before eventually buying their first home and moving to Ann Arbor, Michigan in 1970. It was during their time in Dearborn when Terry and Mike welcomed the birth of their two sons Michael and Stephen. Terry and Mike spent 18 years living in the Pittsburgh, PA area before eventually moving to South Grafton, MA in 2012 to be closer to their family.

Terry was fortunate to have traveled extensively during her life across the U.S. and Canada, as well as to Mexico, the Caribbean, Europe, Australia and New Zealand. Her account of traveling to see her brother Allan’s grave in Holland was published in Nova Scotian newspapers several years ago on Canada’s Remembrance Day. Terry had a great sense of humor, and loved to cook and bake. She also enjoyed golfing for many years, and was able to play the “Old Course” at St. Andrews during a vacation with her husband Mike, and even scored a par on the 10th hole.

Terry was also a devout Catholic, and a woman of strong faith. Her faith helped her to navigate the hardships, and to be grateful for the joyful times, which we all experience throughout life. Terry will be dearly missed by all who knew and loved her, but we all rejoice in the knowledge that she is now with her Lord, and has been reunited with the loved ones who went before her.

Terry requested that her final arrangements be private, so no public wake or funeral will be held. A memorial service will be held at a future date.

Arrangements are being handled by Roney Funeral Home in North Grafton, MA. Those wishing to send flowers, may do so to the funeral home by Wednesday, September 28th.

Those wishing to make a donation in Terry’s honor are asked to send a contribution to the Capuchin Soup Kitchen, Development Office, 1820 Mount Elliott Street, Detroit, MI 48207.