Northborough – Algonquin Regional High School's (ARHS) Dani Robbins placed sixth out of 22,000 Massachusetts students in a state poetry contest. Dani earned the highest rank that any ARHS student has ever received in the “Out Loud” competition.

After winning her school and district poetry contests, Dani was among six finalists to perform at the Old South Meeting House in Boston in front of a private audience, including many tourists.

“Performing at the Old State House in Boston was an amazing experience,” Dani said. “It felt so special to speak in the very same place that our American forefathers did when they rallied the troops before the Revolutionary War.”
During the final competition, Dani preformed three poems: “What Work Is” by Philip Levine; “The Treasure” by Robinson Jeffer; and “Ode” by Arthur O”Shaughnessy.

“This is my first year competing and my goal was to finish in the top six,” she said. “I feel comfortable being in front of a crowd and public speaking doesn's bother me.”

Dani writes her own poetry, and is inspired by nature, movement and modern dance.

“I love to write, and would like to pursue a career in journalism,” she said. 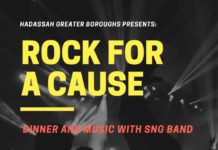