Westborough – Town officials gathered to break ground Sept. 10 at the Milk Street location where the town's new fire station will soon be built.

Robert Brown, the chair of the Municipal Building Committee (MBC), noted in his opening remarks that it was fitting that the ground breaking was taking place on the “eve of 9/11.” 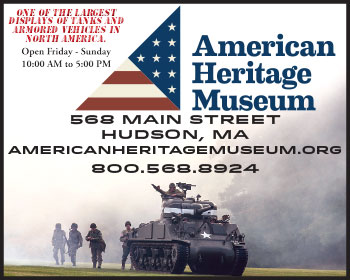 “As people were running away from the buildings firefighters, police and EMTs were running in,” he said. “When 911 calls come in [to Westborough], I want the firefighters to know the town is behind them, they have good equipment and they are respected and loved.”

Voters approved $11.2 million in funds for the new station at the Oct. 2012 Town Meeting. The new building will be approximately double the size of the original 14,000 square foot station, which was built in the late 1880s.

“This was the right way to do it and it was a long process. Having a central station is a wonderful gift and not have to have satellite stations,” Selectman George Barrette, who is also the acting chair of the MBC, said. “Westborough firefighters have done a great job. The building is over 100 years old and while it looks fine from the outside it is inadequate on the inside.”

During the ceremony he also noted, “The firefighters have never complained and have made the best of the equipment. I thank them every day.”

The new station is due to be completed by the end of 2014.

“It will be built within the time and budget agreed upon,” Humes said. “It's exciting.” 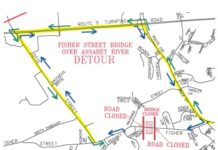