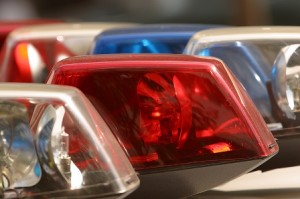 Westborough – Police Chief Alan R. Gordon has released a statement concerning an accident between a school bus and a motor vehicle that occurred this morning:

On 10/3/13, at approximately 8:25 AM, the Westborough Police received a call for a motor vehicle accident on W. Main St. at Oldham Rd. involving a school bus containing students.

The arriving units located a 07 Chev. Van with extensive front end damage and a 06 International bus with minor rear end damage. There were two students on the bus who were not injured. They were examined by Paramedics from the Westborough Fire Department who confirmed that the students were not injured.

The operators of the vehicles were identified as Timothy R. Callahan, age 64 of 950 Hill St. Whitinsville and Carolyn Jarosz, age 67 of 49 Boston Rd. Southborough. Jarosz was the operator of the school bus.

The investigation revealed that the school bus was stopped on W. Main St. picking up students and the Chev. Van was proceeding west on W. Main St. The operator did not notice the bus stopped and collided with the rear of the bus. The accident is still under investigation.