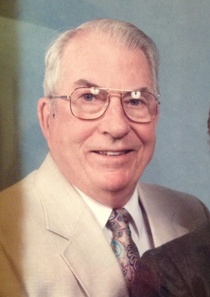 Westborough – Robert P. Galipeau, 86, of Westborough, passed away Tuesday, Aug. 19, 2014 at the UMass/Memorial Healthcare – University Hospital, Worcester. He was the husband of Jeannette G. (Baril) Galipeau.

Born in Northbridge, he was the son of the late Fred and Beatrice (Fitzpatrick) Galipeau. He was educated in Worcester schools and graduated from Taber Academy. During the Korean Conflict he served as a paratrooper with the U.S. Army, attaining the rank of sergeant.

Bob was employed as the Director of Customer Service for Commonwealth Gas Company and was employed at the company for 39 years prior to his retirement.

He was a communicant of St. Mary's Church in North Grafton, was a former member and past president of the Westborough Rotary Club, and was a life member of the North American Hunting Club.

In lieu of flowers, donations in his memory may be made to the Westborough Fire/Ambulance Gift Fund, 42 Milk St., Westborough, MA 01581.