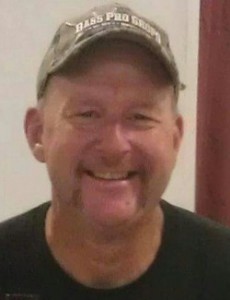 Jeffrey is survived by his wife, with whom he shared the past 23 years, Barbara K. (Smith) Buchert; two sons, William Buchert and Jeffrey Buchert Jr., both of Shrewsbury; three daughters, Janelle Wilson and her fiancé Luis Ruiz of Worcester, Devan Wilson and her boyfriend Brett Vignali of Worcester, and Arianna Buchert and her boyfriend Anthony Halal of Shrewsbury; his mother and her companion, Judith “Jay” (Petrowski) Buchert and Wilfred Knight of Jewett City, Conn.; a brother, William Buchert of Plainfield, Conn.; a sister, Karen Buchert and her fiancé Gary “Wolfie” Cvrmc of Terryville, Conn.; four grandchildren, Daija Rae Tapia, Myniah Muniz, Lukas Isaiah Ruiz, and Lenix Ruiz; and nieces and nephews.

He was born in Norwich, Conn., son of the late William S. Buchert. He graduated from Griswold High School in Connecticut and, after meeting the love of his life, they settled in Shrewsbury.

Jeffrey and his wife founded “Shop at Home Food Service” in 1999. Based in Shrewsbury, their company caters to the needs of families throughout New England for groceries and convenience.

He loved the Red Sox, watching wrestling, and going fishing. He loved being with his family and found great joy going with them to the “family camp” in Maine. He will be remembered as a kind and loving family man and friend.

Calling hours for Jeffrey will be held Thursday, April 2, from 3-6 p.m., followed by a funeral service at 6 p.m. in the Mercadante Funeral Home & Chapel, 370 Plantation St., Worcester. Interment will be held privately.

Donations in his memory may be made to a charity of the donor’s choice.

To leave condolence messages for his family, visit www.mercadantefuneral.com.