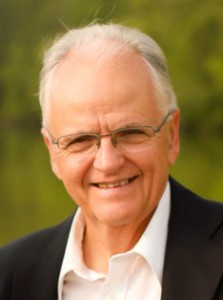 Northborough – Raymond G. Johnson passed away peacefully Thursday, April 2, 2015, surrounded by his loving family, at St. Vincent Hospital. He was 68.

Born in Westmoreland, N.H. and raised in Rutland, Vt., he was the son of the late George and Flora (Morse) Johnson. Northborough was his home for the last 48 years.

Mr. Johnson graduated from Midwestern School of Evangelism in 1968. He served as evangelist and elder at Northboro Church of Christ for 48 years.

He was employed at Metso Automation, formerly Jamesbury, in Worcester as a standards engineering specialist for 36 years until retirement in 2002.

The Johnsons hosted South Korean students through Boston Global Education for seven years. Mr. Johnson enjoyed the sport of pickleball and volunteering for Northborough Helping Hands Association. Most of all, he loved spending time with his grandchildren.

To share a memory or leave an online condolence, visit www.haysfuneralhome.com.