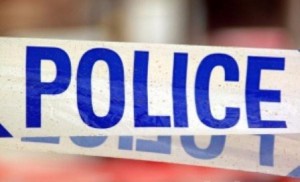 Southborough – The Southborough Police Department has released a statement about an incident of vandalism that is being investigated as a hate crime:

The Southborough Police Department investigated a vandalism report at 8:30 a.m. this morning on the driveway entrance pavement of St. Anne’s Church located on Boston Road. The writing was discovered by the maintenance person reporting to work. The incident is being investigated as a hate crime.

The investigating Officer photographed graffiti detailing derogatory words directed at persons of a certain sexual orientation, racial, religious, and political groups. A neighborhood canvas was conducted along with continuing follow-up of the Detective Division. Extra patrol of religious and government properties will be conducted.

The Southborough Police Department is asking that any member of the public who might have saw a suspicious person in that area or has further information contact the Station at (508) 485-2121. The identity of the caller can remain anonymous.