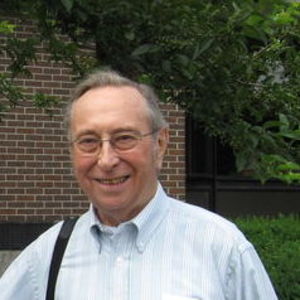 Marlborough – Raymond F. Goulet, of Marlborough, passed away at home Sunday, July, 3, 2016, just minutes into his 87th year after a several-years battle with both end-stage renal failure and Alzheimer’s. He was surrounded in his final days by his loving wife, Margaret (Lyden) Goulet, and his devoted family.

He was born July 3, 1929 in Lawrence to the late Mary (Quintal) and Francois Goulet.

After graduating from Central Catholic High School, Ray went to Northeastern University for two years before joining the Navy during the Korean War. In his four years in the Navy, he went to electronics school and served on a submarine tender, traveling as far south as Cuba and as far north as Iceland.

After the Navy, Ray studied Physics at Boston College, graduating in 1958. He then went to work for Jerrell-Ash selling scientific equipment. During his first years with Jerrell-Ash, his territory covered nine states, including Chicago, Ill., where he lived, and Minnesota, where he met his wife of 55 years on a blind date. They married just five months later in July 1961. In 1966 he went to work for Nuclear Chicago for two years, before moving to Boston in 1968 as a sales manager for Jerrell-Ash.

He later left the scientific research field to embark on a new career in real estate.

Ray enjoyed a career as a Realtor for the next 30-plus years. He owned and operated Concord Junction Real Estate and then Goulet & Associayes Real Estate. He later went to work with E.A. Hill and Coldwell Banker.

Ray and his wife lived in Concord for 26 years with their six children. He taught himself to play the fife and was an active Minute Man in Concord for many years, including in 1981 when the group was asked to march in former President Ronald Regan’s inauguration parade in Washington, D.C. In September 1995, he and his wife moved to Marlborough, where they lived for the past 21 years.

Ray loved nature and was a fisherman and an avid bird watcher.

Visiting hours will be held Friday, July 8, from 4-7 p.m., at Slattery Funeral Home, 40 Pleasant St., Marlborough. A funeral Mass will be celebrated Saturday, July 9, at 10 a.m., at St. Bernadette’s Church, 266 Main St., Northborough. The internment will be held Monday, July 11, at 11:30 a.m., at the National Cemetery, Connery Avenue, Bourne.

Donations may be made to the Alzheimer’s Association at www.alz.org.