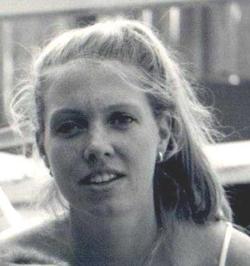 North Grafton – Elizabeth A. “Libby” Brennan, 34, of North Grafton, formerly of Worcester, passed away peacefully Sunday, Oct. 9, 2016, at Beaumont Skilled Nursing and Rehabilitation in Northbridge after a long illness.

Libby was born in Worcester and was the daughter of the late Honorable Martha A. (Scannell) Brennan. She graduated from Bancroft School in Worcester in 2001, and later received her bachelor’s degree from Union College in Schenectady, N.Y. in 2005.

Libby continued her education by following in her parents’ footsteps, earning a Juris Doctor degree in 2008 from Suffolk University Law School in Boston. After receiving her law degree, she worked as an attorney in the Worcester District Attorney’s office for several years, and later worked with her father in private practice in Worcester, until her retirement due to illness.

Libby enjoyed spending time at the beach, enjoying the company of family, friends, and neighbors. Her closeness and devotion to her brother Joe, friends, family, and especially her late mother, Martha, will be how she is forever remembered.

Services for Libby will be held privately. Mercadante Funeral Home & Chapel of Worcester, is honored to be assisting the family with arrangements.

Elizabeth’s extended family invites those who wish to celebrate her life to plant a tree in a special place of their choosing. A photo of this new form of life, with a note added, will be bound in a book for Libby’s immediate family. A digital copy will be shared more widely with her friends and extended family in memory of her life. Please share these photos and notes by email to [email protected], or traditional mail to P.O. Box 1650, Clinton, MA 01510.

To share your thoughts, memories or prayers with Libby’s family, visit her personal guest book at www.mercadantefuneral.com.