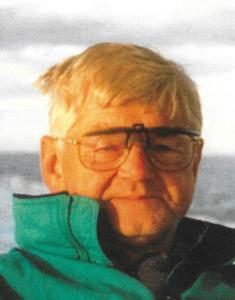 Northborough – Robert “Bob” Bagdis passed away peacefully Friday, Sept. 2, 2016 with his family by his side. He was 80 years old, and had refused to let many decades of COPD keep him from enjoying life.

He was born to the late Mary (Kupstas) Bagdis Kriptowicz and Joseph Bagdis on Oct. 17, 1935. Bob was raised in Worcester by his mother Mary and stepfather Edward Kriptowicz, and attended Worcester schools. He enlisted in the U.S. Navy in 1953, and proudly served in the Pacific on the aircraft carriers USS Oriskany and USS Bon Homme Richard. After honorable discharge, he continued his service in the Navy Reserves.

He was a competitive diver while a student at Worcester Junior College, then transferred to Worcester Polytechnic Institute, from which he earned a BS in Electrical Engineering. He began his engineering career at Bell Labs in New Jersey, then moved his growing family back north to be closer to relatives in Massachusetts.

He continued graduate studies of both engineering and management science for over 30 years, taking classes at Stephens Institute of Technology, UNH, Northeastern, and WPI. He was always studying, always reading, and always ready to share his knowledge and thoughtful insights.

After living for shorter periods in New Jersey, New Hampshire, and Millbury, Mass., Bob and wife Jennie resided in Northborough for 40 years, moving in 2015 to New Horizons in Marlborough.

Bob was an avid sailor and many family memories were built around summer weekends and vacations spent on three different boats moored in Gloucester Harbor, the Libran, the Genevieve, and the Glissando. He earned his Commercial Captain’s License, and loved taking friends and family out for sailing, fishing, or whale watching cruises. He also was a Certified Hypnotist and operated several small businesses after his formal retirement.

He is survived by his wife of 54 years, Genevieve Josephine Pustis Bagdis; four children, daughters Michelle Keller of Hinesburg, Vt., Andrea MacKenzie and Charles of Sutton, Laura Haney and Doug of Ashland, and son Robert Bagdis of North Carolina; seven grandchildren, Anna, Theresa, and Thomas Keller, Christie, Rachel, and Allison MacKenzie, and Madison Haney; and many cousins, nieces, and nephews. He was predeceased by his mother, Mary; his stepfather; Edward Kriptowicz; and his father, Joseph Bagdis.

Memorial donations may be made to the American Lung Association or Beacon Hospice or MSPCA.