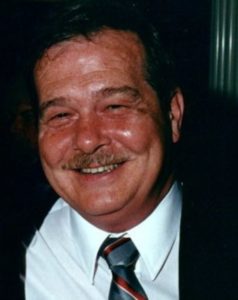 Hudson – John D. Burns, 70, of Hudson, passed away peacefully Monday, Dec, 4, 2017 at Rose Monahan Hospice in Worcester, with his beloved wife, Patricia R. (Robinson), by his side after a brief illness.

In addition to his wife, Patricia, John is also survived by his son, Michael P. Burns of Hudson; his sister, Debbie Burns of Conecticut; his granddaughter, Christina Dorgan, and grandsons, Collin D. Burns and Ethen J. Burns; and nephew, James Castellana. John was predeceased by his parents, Robert and Doris (Kephart) Burns; his daughter, Tracy Lynn Burns; son Gregory A. Burns; and sister Jean Castellana.

John, known by most as Dean, was born in Brisbon, Pa., where he graduated from high school and at 17 enlisted in the United States Navy. At the completion of John’s hospital corpsman training he was recruited by the U.S. Marine Corps. John served his country during the Vietnam War, spending well over a year on the front lines, earning him the title “Doc” by his fellow serviceman.

After the service, John settled in Connecticut with his family, and eventually John and Patricia started their life together and moved to Massachusetts to raise their sons.

John was a devoted and loving family man who devoted his life to his wife and children. John found great pleasure in family life, cookouts and reunions. John was an avid golfer enjoying many games with nephew James and friend Tom. John was always ready to plan fishing and hunting trips with his sons and wife.

Calling hours will be held Saturday, Dec. 10, from 3-6 p.m., followed the next day, Monday, Dec. 11, at 10 a.m., by a funeral service at TIGHE HAMILTON REGIONAL FUNERAL HOME, 50 Central St., Hudson. A procession to Forestvale Cemetery in Hudson for final committal services will follow.