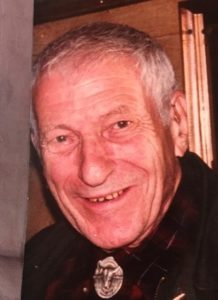 Born in Bronx, N.Y., he was a son of the late Jerome and Estelle (Seelig) Manassa.  He graduated from DeWitt Clinton High School and served four years in the United States Army during World War II, where he was deployed to the Pacific.

Stan took over the business founded by his grandfather, and continued as owner/ salesman of Manassa Interiors, working alongside his wife and son in Mahopac, N.Y.

When he moved to Westborough in 2000 to be near his daughter and grandchildren, Stan fell for the underdog and to the dismay of his son Bill, became an avid Red Sox fan.  He also began taking piano lessons before his 90th birthday.

Stan loved to sing songs with his wife while driving in the car, but especially followed his passion for singing while living in Westborough by joining several choral groups and singing almost every Tuesday afternoon at Beaumont Nursing Center. It was not unusual for him to break out in song at restaurants, weddings, and other public gatherings.

His memorial service will be held Saturday, Aug. 18, at 11 a.m., in the Pickering & Son Westborough Funeral Home, 62 West Main St., Westborough. A calling hour will be held prior to the service from 10-11 a.m.

In lieu of flowers, donations in his memory may be sent to the American Cancer Society, P.O. Box 1909, Framingham, MA 01701.